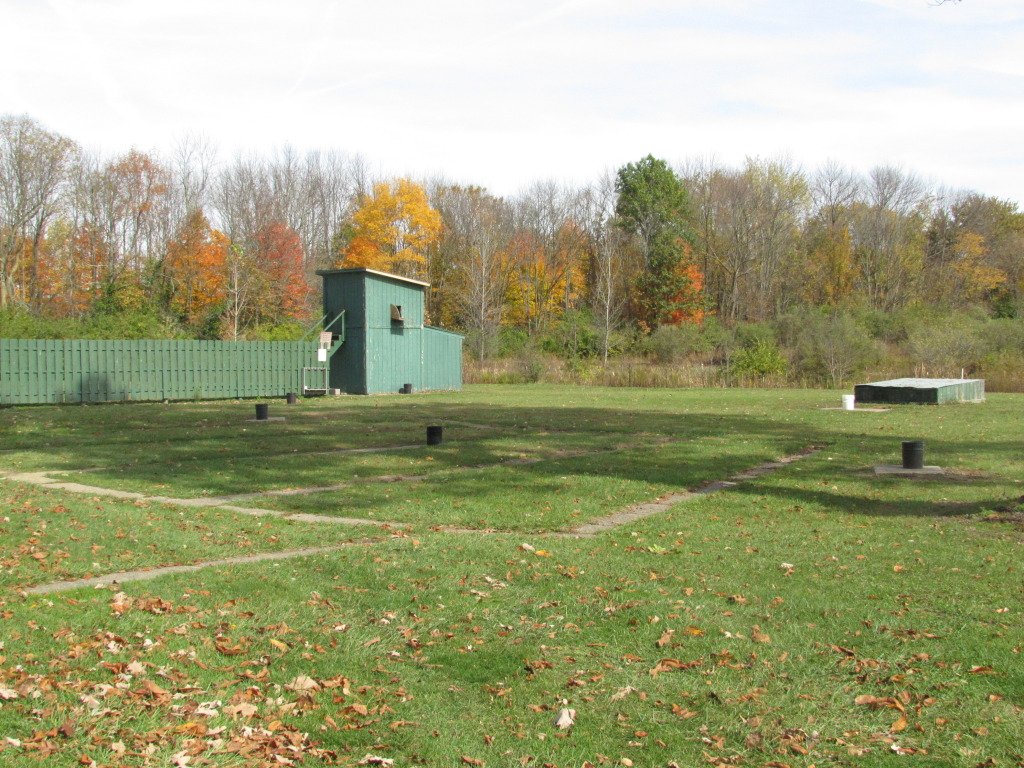 Skeet got its start in 1920 when three New England wing shooters wanted to polish their hunting skills. So Andover, Massachusetts laid claim to the first bona fide skeet field. The unique game attracted a following – giving impetus to standardizing the shots and keeping score.

The original skeet field was actually laid out as a full circle with a 25-yard radius. The 12 stations mimicked the face of a clock – hence the game’s earliest name “Shooting around the clock.” The trap house resided at 12 o’clock, with birds thrown in the direction of 6 o’clock. Each shooter got two birds per station.

When a chicken farmer set up shop in an adjoining piece of property, the fathers of skeet had to alter the game to prevent any accidental bloodshed of fowl or man. In their wisdom, the fathers of skeet cut the field in half and set up trap house at 6 o’clock. This arrangement gave rise to the high- and low-house configuration that’s used in modern skeet.

As the game became a recurring competitive sport, four sets of doubles and the optional shot became de rigueur.

Finally, in February 1926, the game was introduced to the general public through two popular magazines: National Sportsman and Hunting and Fishing.

At the same time, a $100 prize was offered for the best name of the new sport. One Mrs. Gertrude Hurlbutt of Dayton, Montana suggested “Skeet,” which in Scandinavian of yore roughly translated into “shoot.”

The pent-up demand for the game by American shooters was absolutely incredible. Wingshooters now had a practical and competitive game to hone their shotgun skills without marching off into the field in the pre-dawn chill.

Today, skeet is an Olympic sport. Regionally, shooters of all ages and experience levels step up to the station and call “pull.”

What goes flying past them are fluorescent discs made of pitch that are 4 and 5/16 inches in diameter and 1/8 inches thick. The targets fly at about 45 mph for approximately 60 yards – where if you haven’t already broken the target Mother Nature does it for you.

The course has seven positions in a semi-circle and an eighth position halfway between stations 1 and 7. The trap houses where the birds are launched are situated at stations 1 (high house) and 7 (low house).

At stations 1, 2, 6, and 7 the shooter gets four targets: one high, one low and then a simultaneous pair of a high and a low target. Stations 3, 4, 5 and 8 have only two targets: one high and one low. If you have managed to hit every target when you reach station 8, you make your 25th shot by taking low 8 twice.

The option shot allows you to reshoot your first missed target – but your ultimate score is still only 24 if you hit it.

A perfect score is 25 consecutive targets. To celebrate this often elusive level of perfection, whenever a shooter hits a “25” it is acknowledged by making a fist and touching knuckles with your fellow squad members. If someone shoots a 24, they are entitled to a pinky-to-pinky salute all around.

Your typical skeet squad consists of two to five shooters. You need at least two people because someone has to push the buttons on the puller.

Some squads tend to be more boisterous than others – and it’s not good form to tell someone to shut up while you’re shooting. Just grin and bear it and then move on to another squad after the round if the racket makes you uncomfortable.

Hats are strongly advised when shooting skeet (most people wear baseball caps). In addition to shading your eyes from the sun, a hat helps prevent scalp and facial cuts from the target debris. And of course, eye and ear protection are mandatory.

Overall, the most important thing about skeet is having fun. 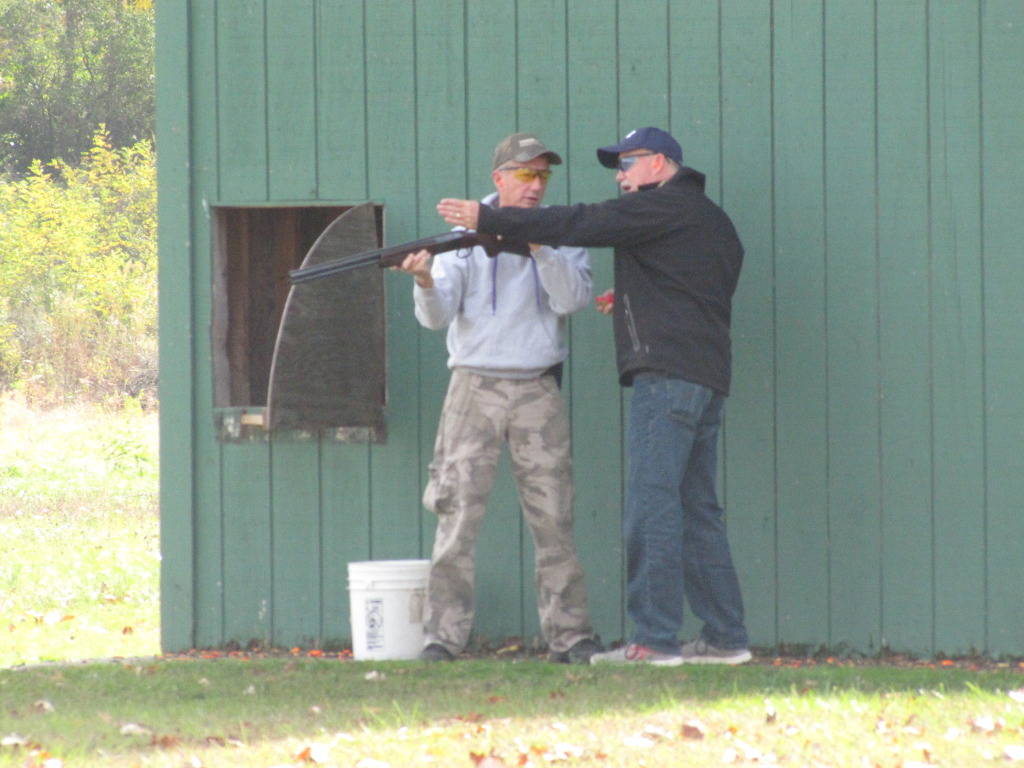